1400 years after Tsuan Tsang, a present-day incarnation of his horse and a present-day Buddhist meditator, Kay Golden. The following historical narrative was taken from the web. 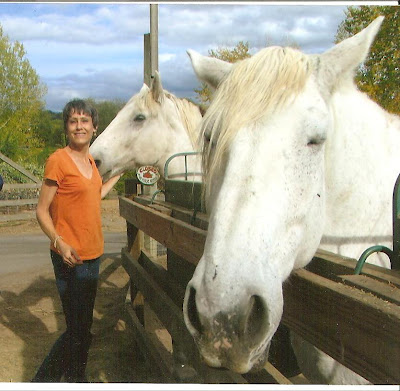 Xuan Zang faced incredible problems on the road out of China. He had no passport and no permission to leave China. The desert ahead offered no water and no rest. There were five sentry towers in the Lop desert and each had orders to shoot all travellers without a passport on sight. The monk was anxious to avoid them.

As he attempted to avoid the sentry towers Xuan Zang became lost in the desert and almost died as a result. After many days wandering without water, his horse suddenly veered off the track and wouldn’t change direction. The horse had detected water on the wind, and brought the monk to an oasis in the desert. It was a miracle and Xuan’s life was saved.